You are here: Home / About

His is not a simple to follow career trajectory, more an ad lib continuum of cautionary tales, heart-rending bad decision making and small victories. Silly or not, Spencer prides himself on remaining a relative unknown in a profession that needs notoriety to breathe. Writing about his life, though by its nature a seemingly incongruous act, is his attempt at reviving a failed writing career and permanently getting out of the restaurant kitchen. The Saltiest Words blog is his reluctant stab at cashing in. 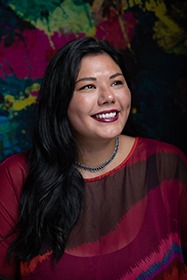 Fresh out of Texas A&M with a degree in sociology and a Certificate in Leadership Development from the school’s Corps of Cadets, 2012 graduate–then Kristin Ridgway– with newborn daughter Peyton in tow, set out to carve a rewarding career path back in her hometown of Memphis. While biding her time as a legal secretary, then as Health and Safety Coordinator at UPS, she made a fortuitous Bananas Foster on a trip to see her grandmother in Benton, Louisiana. It was so well-received that she decided to throw caution (and the consternation of her parents) to the wind and chase a career in the culinary arts.

Arriving at the Memphis campus of L’Ecole Culinaire in 2016, she plunged into the curriculum and found her calling in the pastry kitchen. There she also found her husband, Spencer McMillin, who was her first instructor at the school. Both head over heels despite the almost twenty year age gap, the couple married in 2017 after Kristin graduated L’Ecole. Soon after tying the knot, the duo started collaborating on projects in the culinary field; most notably with Spencer installed as Head Chef and Kristin, now a McMillin, in the role of Pastry Chef and Executive Director of Caritas Village. ‘Caritas’, as it was called by those in the know, was a small, DIY, non-profit restaurant and community center that “fed anyone, regardless of ability to pay” in the underserved Binghampton neighborhood of Memphis. Caritas closed a few weeks into the COVID-19 pandemic in April of 2020, but that didn’t stop the couple from thinking outside the box to help fellow restaurant workers, chefs and the otherwise disenfranchised. Currently co-founder of The Restaurant Phoenix Project, a startup non-profit that funnels public donations into local restaurants and farms by hosting collaborative public dinners, Kristin lives quite happily on her family farm in Williston, Tennessee with Spencer, Peyton Grace and Spencer’s needy cat Zeus.

Love cooking as much as we do? Order The Caritas Cookbook today!