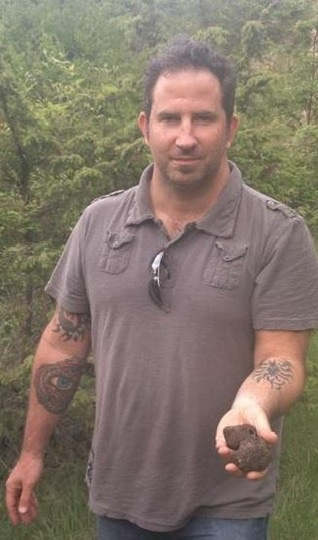 You are here: Home / Blog / Dining During the Apocalypse: One Offs, Strip Malls, WTFs

Not all restaurants on the highways and byways of this often beautiful country have proven themselves portentous havens of culinary revelation.  Sometimes it’s the grungy little store front in that cookie cutter strip mall across the way from the Old Navy/Target/Chili’s/Bed Bath + Beyond that provides just what ones need.  Other times, though admittedly not often, it’s that slick, corporate feeling, burnished steel ode to community gentrification found in a once-forbidden neighborhood that goes beyond mere sustenance too.  Or a random one off with zero aspirations of expansion.  There tend not to be big-name chefs in these places.  They are typically staffed by a rag tag group of talented folks who are just happy to be cooking the food they love, and maybe a few indigents who along the way bought in.  I’ve eaten in a few of these type places recently and am happy to let them share the dim spotlight I cast.

If you’re go past Asheville, North Carolina on I-40 en route to the coast you’ll pass through Greensboro with its superfluous array of recognizable brands littering both sides of the road.  If Kristin hadn’t done a Yelp search for interesting sounding lunch spots off the highway, we would have blown right through the town and never had a wonderful lunch at Viva Chicken Peruvian Rotisserie Joint.  When Kristin told me the name, even without reading off the menu, I wanted in.  How ballsy!  Peruvian sounds good.  Rotisserie Joint?  Peruvian rotisserie joint?  There was promise in those words.

I was mildly let down when I saw the homogenous neon sign, obviously created by a well-paid design firm, mounted on the slab granite above the full length, plate glass windows.  I didn’t expect the restaurant to be a franchise on the corner of a strip mall. It looked like we were going to eat at a Pei-Wei, Panera, Moe’s Southwestern Grill, Sport Clips or Game Stop.  In my head, I envisioned a stand-alone “joint” in a questionable part of town, the kind of get in and get out places that I typically love.  But this was not that.

Another painful earmark of the corporatizing of American food culture is the fast casual, order, grab-a-number-and-wait-to-be-served aesthetic.  And VCPRJ was no different in that regard.

But that’s where the cynical comparisons stop.

The food, amazingly, was interesting, fresh, unrecognizable as corporate and, according to the franchisee, almost authentic.  Arroz chaufa (shredded chicken thigh, ginger, soy, sesame, peas, an upcharge for griddled bits of hot dog), whole and half Peruvian spiced chicken lovingly spun on a bank of spits for hours in the open kitchen, criollo salsas, boiled and fried yucca, it was a lot to take in.  But take it in we did, happily.  With the franchisee peppering our meal with exciting news of expanding the seven-restaurant empire east and west (despite this being at the outset of the pandemic) we had a great lunch.  And this coming from a guy who hates—no despises with every ounce of my being—random visits from upper management.  ‘Hey folks, how is everything tasting.’ Sigh…Normally, I see the unfortunate, well-pressed general manager making his/her rounds and pray that they don’t make it to my table. I know they could really give a shit about the “insight” I might provide into my “dining experience”.  But speaking with this guy was a true delight. His enthusiasm and ebullience was infectious.  And the food was cheap, plucked fresh, tasty and interesting.  I know our dear friend and cookbook photographer, Maria Benton (a Peruvian/Australian ex-pat), would quickly point out the lack of authenticity, but who cares.  Viva Chicken Peruvian Rotisserie Joint is definitely on our must go again list.  If they could just close down all the plastic tasting Moe’s Southwestern Grills and replace them with a fleet of VCPRJs the world would be a better place.

We stopped overnight in Nashville and had respectable soup dumplings at expensive looking yet fast-casual noodle shop called Steam Boys.  Road weary, we watched the wok cooks making our order from polished high-back chairs in the Starbuck’s like dining room with fascination and glee.  The broth contained in the airy pockets of rice flour dumpling—which is always the indicator of quality-was redolent of roasted bones, star anise, garlic, ginger and soy.  They were so addictive we ordered them two more times in the same seating.  The ubiquitous bao buns were fine but forgettable.  Their soup dumplings are the way to go. The neighborhood is one of those aforementioned gentrification projects on the outskirts of town filled with yuppies and millennials on their way to Pure Barre and hipster micro-breweries, but don’t let that stop you from slurping away at the good stuff Steam Boys pump out of that gleaming wok kitchen.

Kristin and I both love Vivian Howard.  First, we loved her show A Chef’s Life, having binge-watched both seasons like it was the Walking Dead, then we met her at the inaugural Memphis Food and Wine Festival and communed over barely controlled chaos and malfunctioning induction burners.  She is exactly what she portrays on the screen:  frenetic, insecure, pretty, caring, lovely.  She was super sweet to my friend Kristen—her commis for the day—who cleaned shrimp and okra with her for hours painfully bent over a galvanized wash tub.

Sadly, we completely blew an opportunity to eat at her flagship restaurant, The Chef + The Farmer in Kinston, NC on our trip to the Outer Banks, so when we were looking for viable options in Wilmington, NC we were happy to learn we still had a shot at patronizing one of her establishments.  I cannot tell you how much of a revelation the King Louie pizza at her Benny’s Big Time Pizzeria was.  First of all, the pies flying out of that trendy looking kitchen are true to the Neapolitan style.  Fluffy crust, pocked with little bits of char, cheese beautifully and randomly dispersed and not ham-fisted into a blizzard of artery clogging glue, they are, to use an irritating colloquialism, artisanal.  The King Louie, with its Calabrian and serrano chiles, speck ham, mint, “mozz”, and tasty AF pineapple jam was a symphony of expertise and exploration.  This was no Domino’s pineapple and ham disaster.  This was art, technique, mild reverence and a Willy Wonka like sense of humor pushing the pizza envelope.   As pretentious as that reads, I’ve had and made plenty of creative pizzas.  The King Louie was something else entirely.  Although I have no interest in EVER spending a weekend in Wilmington again, I’d be happy to pitstop at Benny’s on the way to somewhere else.  Maybe on the way to The Chef + The Farmer, or to our cozy summer roost in the quiet fishing village of Engelhard, NC.  I hear she opened a spot in Charleston too.  It makes me antsy.  I want to get on the road once more and delve further into all food Vivian.